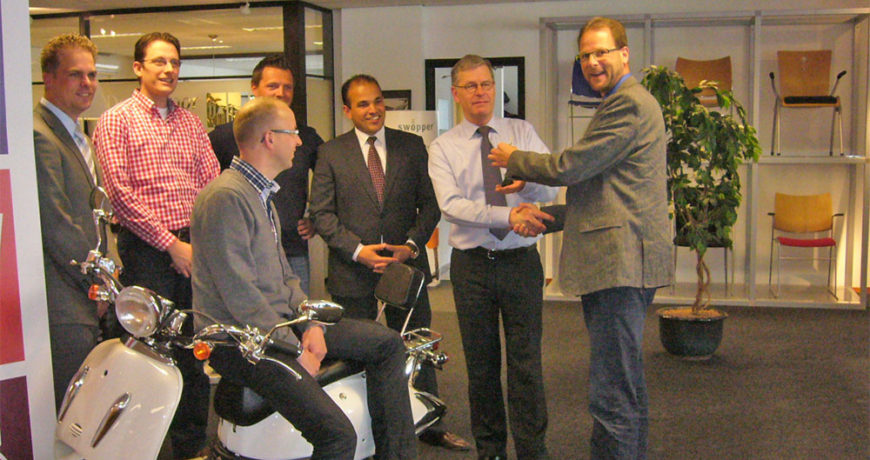 An event where members of Quantore discovered the latest news in the office market.
To make a visit to the fair more attractive, six suppliers (Edding, Esselte-Leitz, Mutto, Herma, Bic and T3L) organized a special promotion to win a scooter.

How it has been organized?

The members of Quantore had to visit the booth and to order at least one product with all the suppliers.
At the same time they had to do a small truly Dutch game at each stand.

The points were collected and out of the dealers who did this “Kantoorspecialist” won the scooter. They were drawn by the management of Quantore. 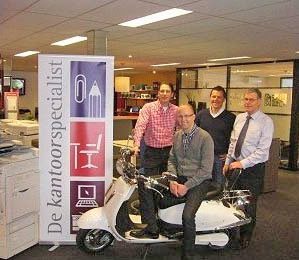 It was handed to the owner Mr. Event van Engelenhoven at their premises in Veenendaal and Peter Achterberg, our Sales Manager, handed personally the keys of scooter over the owner.

Peter Achterberg, Sales Manager, T3L group, had the pleasure to give the keys to the owner !